Igorot Head Hunting Axe #1 – This particular battle axe is used by the Igorots of the Kalinga tribe and can be, and still is used, for carving wood to make things such as furniture, statues, weapons such as spears and shields, not to mention building houses and other things like coffins. Due to needs for meat, they used it as a hunting tool, for killing prey and chopping meat as well. This style axe is VERY sharp, in conjunction with it being perfectly designed for cutting meat. Which is one of the reason why it makes such a formidable weapon to deal with in the hands of an individual who knows how to use it properly!

During tribal wars, the Igorot Head Hunting Axe was once used as a standard battle weapon for killing their enemies. The Igorot Head Hunting Axe comes in many different designs. Each one is a beautiful work of art and at the same time it is a very deadly weapon. This is due to the fact that the Igorots in reality are very good crafts man and artists. Their weapons are works of art as well as a functional tool. This particular one was favored by the Igorot because of its deadly design. This one was dropped by holding it high and coming down on the enemy severing off whatever part of the body it hits.

Notice on both TFW Igorot axes, there is a point on the opposite side. This gives the Igorot warrior an advantage fr in-fighting tactics. Also, the pointy sharp edges were known to grab the shield of the enemy to open their guard to go in for the kill. They were also known to penetrate armor and pull the enemy off balance to finish them off while they were at a disadvantage.

The Igorot Head Hunting Axe is still used, though only a few people today rely on it as much in comparison to as recent as only 20 years ago. This is because of the modern machines that were introduced to the mountain men to make their hard work that much easier. The Igorot Head Hunting Axe can be seen today in Northern Philippines during festivals and various tribal celebrations when men wear their ancestors native garments to celebrate the event. 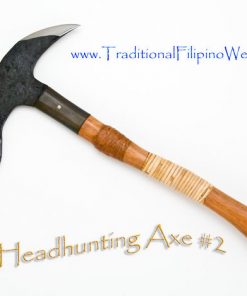 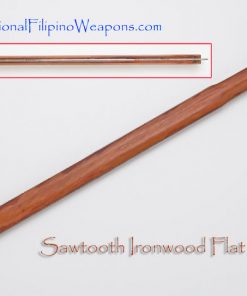